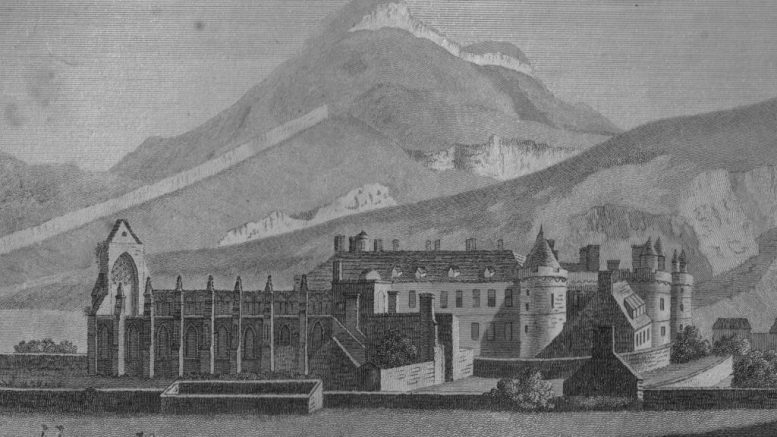 As I write this I can see, to the right of my computer screen, the gorse-covered north-west side of an extinct volcano, a huge slab of rock which juts diagonally out of a 640 acre landscaped royal park in a city centre. Where else could I be but Edinburgh?

More specifically, I’m in an office at the Scottish Parliament, where I’ll be interning for the next few months with Scotland’s Futures Forum, a public policy think tank which aims to foster collaboration and long-term thinking amongst MSPs, policy makers, businesses, academics, and the wider community.

I am, perhaps, in an unusual position: tasked with thinking about Scotland’s future, with such a powerful symbol of its past visible before me. There must be few offices where both the geological and political forces that have shaped the land on which they are located are as palpable and proximate as Arthur’s Seat and Holyrood Palace.

These are in fact the kind of cultural and environmental intersections I am here to explore, as part of the Forum’s current project, ‘What is a civilised nation?’. This project looks toward 2030 and beyond, asking what our aspirations are for culture and society, and how we can make Scotland a better place for all its citizens. These feel like important questions, particularly given that much about the immediate future of Scotland and the UK is uncertain.

It must be said that the notion of a ‘civilised nation’ invokes the troubling history of Western and Christian colonialism, and the discourse of ‘civilisation’ and ‘barbarism’ which originated in the Enlightenment (which will be explored in later posts). But to my mind, ‘what is a civilised nation?’it also feels like a question which fulfils something of what it asks: perhaps a ‘civilised’ nation is one which engages in this kind of reflexive process of evaluation, and which considers the problematic language we have at our disposal to evaluate our collective successes and failures.

Together with fellow SGSAH intern, Nicola Martin, my role in the project will be to interrogate the idea of a ‘civilised nation’; to work with young people to establish meaningful and shared definitions, and to generate some useful criteria for talking about positive future societies. Coming from an Environmental Humanities research background, my specific contribution will
be an investigation into the cultural significance of space, place and landscape in Scotland, and discussion of the extent to which environmental consciousness is, or should be, considered a hallmark of a successful and sustainable society.

My research on these topics over the next few months will of course be limited in scope. It will not, for example, be possible to fully explore Scotland’s historical relationship with landscape and environment, or what aspects of this relationship Scottish people today might want to harness or develop as part of their cultural and societal aspirations for 2030. Nor will it be possible to reach firm conclusions about whether Scotland’s people do in fact view environmental or ecological consciousness as necessary for a civilised nation, or indeed what values and attitudes constitute environmental consciousness today.

I won’t be able to resolve tensions between environmental considerations and ‘human’ ones such as economic inequality, employment, housing, education, health care, and so on, nor the conflicts which emerge between environment, industry and agriculture, or communities in different parts of Scotland, for example.

But, as a small contribution to an ambitious project like the Forum’s, my research will hopefully provoke consideration of these and related issues, offering a body of questions which will help us think about the kind of society Scotland could be in 2030 and beyond.