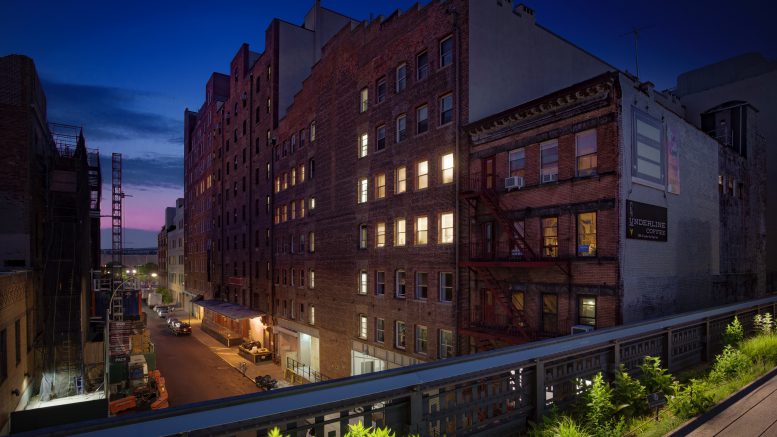 The High Line in New York. Pic by ActionVance on Unsplash

After his time with us, and ahead of our Scotland 2030 event on a sustainable future for urban Scotland, Felix wrote this blog on the future of our cities.

In recent times, the suggested future of the world’s megacities has seemed simple: the destruction of the existing urban environment to be replaced with ever greater and more modern buildings.

The aesthetic quality of the spaces created in this urban ideal is far more important than the actual use the surrounding community will get out of them: the core driving force being that the removal and new development of an existing space will stimulate both discussion and the culture of the surrounding society.

As this view becomes more international, driving new projects from New York to Hong Kong, the cities of Scotland may soon be a target for extensive urban redevelopment, in the pursuit of the ideal modern environment.

However, in many cases, the projects borne out of this sense of new cultural development have not resulted in flourishing communities, rather architecturally impressive buildings viewed as magnificent by international consensus but of less use to the cities in which they have been built.

So, as we look to the development of Scotland’s cities, is the answer really to knock down and rebuild or to renovate, repurpose or retrofit existing buildings in community-led projects? Should we look to examples of other successful projects?

Originally used as a railway line linking depots in New York, the High Line viaduct was completely abandoned by 1980 as the city moved away from rail transport. In the mid nineties, a plan was announced to knock down the High Line and replace it with other newly created parks and buildings.

In 1999, the Friends of the High Line group was created, a community organisation campaigning for the old High Line viaduct to be preserved and turned into a community park. Eventually this plan was agreed and in 2009, the first section of the retrofitted High Line was opened as a city park. It now thrives, attracting over 7 million visitors a year.

The entire development cost $153 million compared to the estimated $2 billion it brings in assets to the city each year.

The High Line was community-led, required little new development and has resulted in a flourishing local environment with many new museums and shops opening in the area, very close to the High Line for example, the Whitney Museum of American Art.

Seeing the great success of a project based around repurposing a derelict structure and with little demolition work, it is hard to imagine that an equally successful result could have been reached, for the same budget, if the old High Line viaduct had simply been knocked down.

This model of community based and led renovation and redevelopment can easily be seen across the globe. Many other derelict buildings and structures have been retrofitted to create community orientated spaces, for example the Maidashi Ryokuchi in Fukuoka or the 606 in Chicago, both renovated former train tracks.

These projects have been very successful and cost relatively little, compared to other possible options. Often, the cost to demolish and rebuild these structures is far higher (in the case of the High Line alone this would have been over $80 million just to knock it down).

Once built, other projects have another problem. They are often designed without thinking about the local community; they are superficially impressive but have little connection to the people who live round about them. These structures impose cultural values onto communities instead of working with them. And so they often fail to be used by those who would potentially utilise them the most.

Derelict buildings that could be rejuvenated exist in communities across Scotland and spaces might created which the people living nearby can engage with and feel ownership of. Many communities would greatly benefit from unused buildings being made available to them again.

But if the new structures are truly to affect the lives of those who will most use them, the projects must be led by those same groups, not imposed upon them.

Scotland’s Futures Forum exists to encourage debate. The views expressed in this blog are those of the author and do not necessarily reflect the Futures Forum’s views.