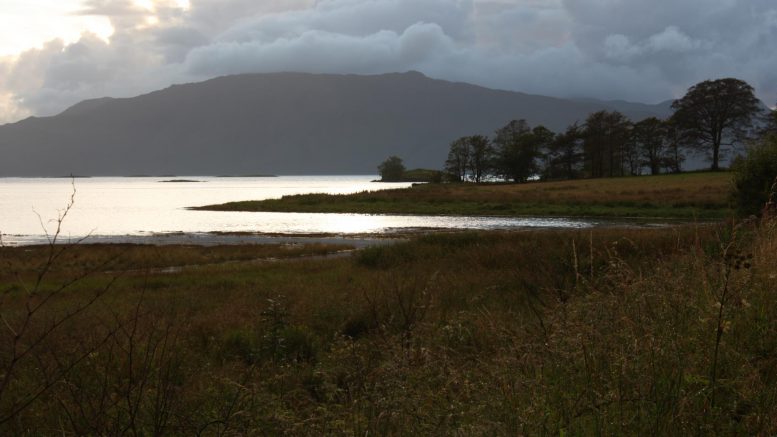 To launch the Scotland 2030 Programme in 2017, we invited folk singer and writer Karine Polwart to reflect on how technology might change our society. In response, she brought three imagined news stories from 2030. This is one of them.

A controversial rural housing and mental health support scheme nicknamed, The New Luddites, looks set to begin development in Argyll in the summer.

An initiative of Clashnahaven Estates, owned for centuries by the McMurrin family, The Haven digital retreat and rehabilitation scheme will remove existing broadband masts from ten percent of the county, ban private drone flights and enforce Digital Abstinence Zones.

The scheme conceals a personal tragedy for estate owner, Sir Anthony McMurrin, whose 17 year old daughter Dominique took her life two years ago after a long period of cyber-sexual-harassment and so-called ‘dig-addiction’.

“She was unable to cope with the 24 hour peer pressure and abuse,” commented Sir Anthony.

In an unlikely alliance of old money and neo-radicalism, McMurrin has welcomed so-called digital separatists to the estate. “There’s board and work available here on our extensive estate property for people willing to learn traditional crafts and skills,” said Sir Anthony.

The project will be managed as a not-for-profit enterprise, and will sustain itself through voluntary labour and private health insurance, as well as investment from traditional game sports and organic produce.

Nick Alder of Lothian Broadband, whose fixed-wireless leasehold at Clashnahaven runs out in July said, “Urban areas have standard gigabit fibre services now. And some areas have access to internet drone services. But it’s not yet legally considered essential economic infrastructure.”

“Many remote areas still depend on old school building masts on private estates to maintain broadband reach and quality.”

“This isn’t just about interactive entertainment and social media connection, it’s about our local smart energy networks, and intelligent household apps, as well as health monitoring services that save rural lives.”

Local leisure guru, Miles Graham disagrees, “Sir Anthony isn’t right about much but I’m with him on the drone traffic. It’s got out of hand here, and our sense of wildness, peace and privacy is being lost.”

A spokesperson for the Scottish Association for Mental Health said, “Dig-addiction still divides psychological opinion. But there is unprecedented demand for youth mental health support services exacerbated by digital culture. And the NHS cannot cope.”

“The Haven model of patronage for a combined public/private digital retreat with professionally trained medical staff is both welcome and necessary.”