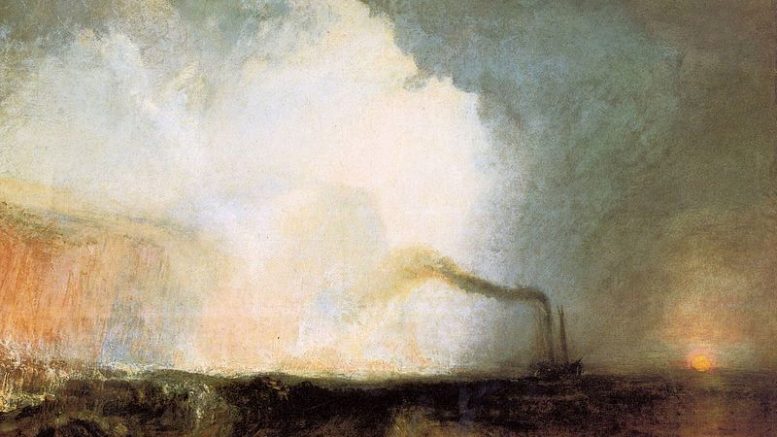 A curious thing happened in Scotland during the Romantic period: vast numbers of tourists from Britain, Europe and elsewhere used new road networks and steam packet routes to access the landscapes they valued as wild and remote.

According to John and Margaret Gold, those tourists had two main objectives when they arrived in Scotland (undoubtedly shared by many tourists today), ‘to experience wild landscapes and a sense of union with the natural world’, and ‘to witness the scenes that had inspired the great writers and artists of their time’.[1] Romantic taste ‘praised the co-existence of society and nature, valuing the simple life of the rural peasant against the industrialized and urbanized society emerging in Britain’. [2]

To many, this was nowhere better represented than in the figure of Robert Burns. Indeed, the landscapes and way of life he describes in his poems and songs were so compelling to 18th-century travelers that they saw themselves not merely as tourists but as pilgrims to the places in which Burns had lived, worked and played Monuments to the author, some of which survive today, were raised both by devotees and by locals keen to benefit from the boost to their economies.

Around the same time, James Macpherson’s translations (or adaptations) of ancient Gaelic epic poems and fragments caused ‘Ossianomania’ throughout Britain,and in large parts of Europe and America.[3] The poems, in which the dramatic exploits of third-century hero, Fingal, are recounted by his son Ossian, at once generated and tapped into an existing taste for the legends of the distant past, and gained immediate notoriety their uncertain authenticity.

Visitors began to include the rugged Highland haunts of these ancient ‘noble savages’ in their tours of Scotland, particularly captivated by Fingal’s Cave on Staffa. In fact, Fingal’s Cave only became known as such when Joseph Banks, a naturalist and Ossian enthusiast from London,visited Staffa in 1772 and attempted to translate the Gaelic placename in such a way as to reflect the area’s association with the legend of Fingal. As such, the poems, and the scale of the cultural response to them, actually had tangible effects on the landscape itself. [4]

Just as significant, according to Nigel Leask, is the poems’ aestheticisation of ‘emptiness’ as a way of coming to terms with the Highland Clearances and the destruction of the ‘old world of Highland clanship […] on the battlefield of Culloden in 1746’. [5] This aesthetic remains a potent part of Scotland’s cultural identity, with bare moors and long views still prized for the sublime sense of elevation and isolation offered to the modern visitor. For example, in a recent Guardian article, Paul Rees described Sutherland as having a ‘rugged, otherworldy beauty’, with an ‘epic vista of mighty mountains, russet heathland and turquoise sea lochs’; ‘one of the most sparsely populated wildernesses in Western Europe’, he says, ‘Sutherland takes elemental remoteness to a whole other level’. Would Rees have this vision of Scotland if it weren’t for Romantic imaginings such as Macpherson’s?

That said, even the ‘sizable flow of visitors’ attracted by Burns and Macpherson was ‘dwarfed’ by the boom in tourism generated by Sir Walter Scott.[6] In fact, some of the most significant cultural representations of Scotland were made by tourists in the nineteenth century – Felix Mendelssohn’s 1830 Hebrides overture and JMW Turner’s Loch Coruisk, Skye (1831) being just a couple.

Most of the major English Romantic poets visited too, with the Wordsworths and Coleridge making a walking tour in 1803, followed by Keats in 1818. Scott’s influence is hard to overestimate. His work ‘shaped the way that the Scots saw themselves and their country’ both during his own lifetime and ever since, and his role as master of ceremonies for George IV’s visit to Edinburgh in 1822 ‘would result in the reinvention not just of courtly protocol but also Scottish tradition in general’.[7]

For instance, Scott persuaded many Edinburgh residents to don Highland dress in honour of the King’s visit, in a display of ‘Scottish’ tradition. Thomas Carlyle for one was offended by the inaccuracy and arbitrariness of Lowland Scots being urged to wear kilts, but Scott’s aim, through stunts like this and through his novels, was to make Scotland familiar to his English readers contributing towards a greater sense of union following the political union in 1707, and to preserve old traditions whose loss he felt he was witnessing.[8]

Of course, the long term effects of Scott’s ‘conflation of the identity of the Highlands with that of Scotland as a whole’ have been mixed – as the Golds explain, it has provided the modern tourist industry with a valuable marketing device, but one which often relies on and perpetuates stereotypical images.[9] For example, Edward Landseer’s The Monarch of the Glen (1851), recently acquired by the National Galleries of Scotland, is now treated as ‘a romantic emblem of Scotland’ and its ‘natural wonders’,[10] rather than a product of a particular historical moment or the representation
of a limited kind of ‘Scottishness’.

Undoubtedly, it is a beautiful and evocative painting of a much beloved animal (a recent report by Scottish Natural Heritage showed that ‘deer remain the wildlife species which the public most associate with Scotland’).[11] But as Scott Donaldson of Creative Scotland suggests, we may now be unable to ‘see a deer in the Scottish Highlands without our perceptions being coloured by the iconic painting […] (and its countless imitators and branding imagery)’. [12] Indeed, a case can perhaps be made for the connection between the legacy of images like Landseer’s and the predicament in which deer management groups currently find themselves, unable to disentangle aesthetic, economic and ecological investment in the species, or to reach consensus about its control.

I believe Scotland provides an instructive example of how cultural productions not only shape our attitudes towards the landscape but can actually materially influence the landscape itself. The art and literature of the Romantic period continues to have an effect on the landscape, not only shaping our view of it but also literally shaping the view; influencing decisions that are made about it even today.

As Scotland and its people work to more fully understand issues around land ownership and countryside practices through inquiries such as the 2014 Land Reform Review, Environmental Humanities research can provide important historical context, reminding us that the landscapes we see as wild, rugged, and quintessentially Scottish are at least in part the product of the Romantic imagination.