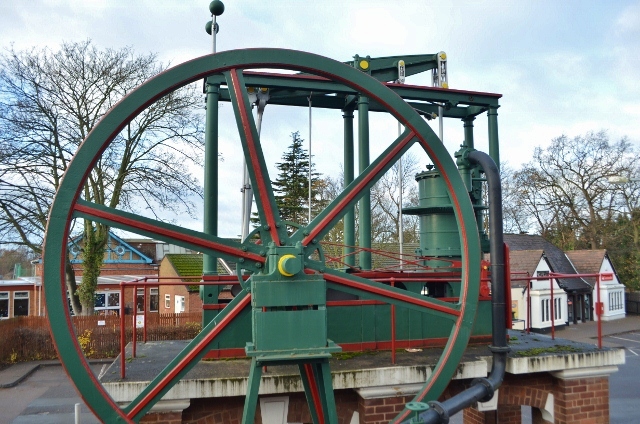 The first line of an article I read this morning proclaimed that: “Technology has driven human civilisation for thousands of years.” [1] Businessman Mukesh Ambani was discussing the opportunities for India to become a world leader in technology as humanity sits on the cusp of a fourth Industrial Revolution that looks set to blur the lines that currently exist between the physical, digital and biological spheres and to alter all aspects of our lives in ways we cannot yet even fully imagine.

Ambani was thinking forward to the future, yet his first comment was to point to the past, to suggest that technology, and technological advancement, has been a hallmark of civilisation since the dawning of time.

Ambani’s article got me thinking about the role that technology has played, and continues to play, in characterising nations and/or societies. I noted in my last post that there never has been, and likely never will be, universal agreement about exactly what it means to be civilised. Debate would of course extend to the features that characterise a nation as such.  Ask a room of people to name the defining characteristic of a civilisation and you’ll likely get a multitude of answers. There’s no denying, however, that there is a close connection between technological advancement and a state of civility, with Merriam-Webster defining the process of civilizing as: “bringing to a technically advanced and rationally ordered stage of cultural development.” [2]

Such a connection is not new; technology itself has been apparent in societies for millions of years, even prior to the evolution of humans themselves.  As early human societies evolved, technological advances continued with the development of increasingly sophisticated stone tools,metal tools and the emergence of agriculture.

Continuing over time, some advances and/or inventions made significant alterations and improvements to early human life, including the invention of the wheel around 4,000 BC, the combining of machines to make wheelbarrows, windmills, etc. in medieval times, and the invention of the printing press during the Renaissance period. These technological advances meant that, even prior to the enlightenment, humans were better able to provide sustenance for themselves, to trade, to wage war or defend themselves, to access resources and to communicate with one another.

The Scottish Enlightenment was an epoch of discovery and advancement that was not simply intellectual but also witnessed two major, related and overlapping episodes of technological advancement: the Agricultural and Industrial Revolutions. Though these events were in themselves separate from the enlightenment, they were closely linked to it, expressions of the same paradigm shift that led to a move towards reason, optimism and progress.

The Agricultural Revolution, which initially took hold in the Scottish Lowlands, and only spread through the rest of Scotland slowly and sporadically, transformed Scottish agriculture from one of the least modernised systems to one of the most modern and productive. Although historians have highlighted that the process of change continued from the 17th to the 19th Centuries and some have questioned the extent to which it could be classed as a revolution, the most rapid changes and advances occurred during the 1760s and 1770s.

Though not all the advances of the Agricultural Revolution were technical, a number of inventions were either invented during this period or began to be commonly used in Scotland. These included the threshing machine, the seed drill and the reaper. Other machines such as the common plough were improved and diversified and farmers began to experiment with fertilisers and pesticides.

The Agricultural Revolution played a role in sparking the Industrial Revolution as the proportion of the workforce required for agricultural activity shrank as a result of the increased productivity of the new technologies, causing many Scots to migrate to urban centres in search of work.

The Industrial Revolution, which took place from approximately 1760 to 1840, was a more defined revolution than its agricultural counterpart, with a clear shift in manufacturing occurring from hand production to machine production. It witnessed many technological inventions and advancements that sparked industrialisation and led to a huge increase in manufacturing in Scottish urban centres, particularly in the textiles industry.

The development of the steam engine, improved efficiency of water power and the large-scale manufacture of tools were accompanied by inventions such as a spinning jenny which reduced the amount of work required to produce yarn, power looms, and cotton gins which were mechanised and therefore reduced much of the reliance on human power in textiles. This first Industrial Revolution represented a shift from a reliance on animal and human power to mechanization driven by fossil fuels. For Scottish Enlightenment theorists including Adam Smith and Adam Ferguson, technology was explicitly associated with the concept of a civilised society or civilisation as they argued that in man’s natural progression from savagery to civilisation it was only these technologically advanced agricultural and/or commercial societies that could be classified as having reached that final stage of civilisation. Ambani’s determination for India to be at the forefront of technological advancement during the fourth Industrial Revolution suggests that, at least to some, technology continues to be an important hallmark of civilisation.

The Agricultural and Industrial Revolutions caused major changes to Scottish society as the country evolved from a primarily agricultural economy to an industrial and commercial one. Whilst some of these changes were positive and many benefitted from the technological advances, it is certain that many in Scotland suffered a significant reduction in their living standards as a result of these revolutions, certainly in the early days of adjustment. Looking back to the past and examining how society adapted to the first Industrial Revolution can offer clues – as well as lessons – as Scotland, along with the rest of humanity, prepares for a new Industrial Revolution and the societal changes it will necessarily precipitate. [3]