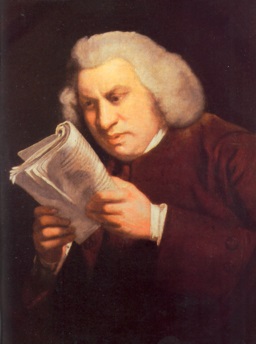 The definitions of the terms civilised and civilization are closely related and largely interchangeable: describing a nation as civilised is broadly the same as describing it as a civilisation – it suggests that that nation is at an advanced stage of culture and development and that the government and systems of that nation treat those who live there fairly. The terms can be descriptive or evaluative, so that they are able to be used to describe both the process by which a nation becomes advanced and highly cultured and the final state of such a nation. The term civilisation can be used more generally to describe any society (large or small) at a particular place and time in history, e.g. Roman civilisation, Incan civilisation, western civilisation. It can also be used more informally to refer to the creature comforts of modern life that are suggested to be confined to urban living, e.g. the bright lights of civilisation.

The words civil and civility originated in English in the 14th Century, relating to a citizen, the status of a citizen, or the act of governing and only gradually came to adopt the sense of being polite towards the late 16th Century, a meaning that was already well established in continental Europe. The development of the terms civil and civility influenced the development of related words, with civilized emerging circa 1600 from the French word civiliser and meaning ‘to bring out of barbarism’. Rudeness, or barbarism, was thought to be the initial state of all societies or nations and therefore to be civilised was to be taken out of that initial state and set on a path towards advancement.

This shows that the original definition of civilised was very similar to that we recognise today, though it focused more on the process rather than describing the final state of a society. It would continue in such usage throughout the 17th Century, eventually coming to be associated with both the process of civilising and the advanced state of a society in the enlightenment period.

The term civilization originated in the early 18th Century meaning the “law that makes a criminal process civil.” [1] It was during the enlightenment, circa 1760, when there was much renewed interest in the development of man and society from barbarity to civility that the term civilization emerged with its modern meaning as an opposite of barbarity, first in France and shortly later in Britain. Scottish theorist Adam Ferguson wrote in his An Essay on the History of Civil Society that: “Not only the individual advances from infancy to manhood, but the species itself from rudeness to civilization.” [2] With this statement Ferguson explicitly linked the word civilisation with the process of civilising and the notion of a civilised nation or society.

Despite the emergence of the word civilisation to mean an advanced society or nation that had been brought out of rudeness, Samuel Johnson, in the fourth edition of his Dictionary published in 1773 did not revise his entries on civilisation, civility or to civilise. Civilisation continued to be defined by Johnson only as “a law, act of justice, or judgement, which renders a criminal process civil; which is performed by turning an information into an inquest, or the contrary.” [3]

Despite this, the word would quickly be adopted in discussions of the progress of societies from rudeness to civilisation. Notions and theories of civilisation and what it meant to be a civilised nation were influenced by the emergence of the idea of progress in the enlightenment, and this played a key role in governing past perspectives in the 18th Century and beyond.

The language of civilisation was used in the 18th, 19th and 20th Centuries to invoke notions of betterment for both individuals and societies, providing an ideal to be aimed for. However, the oft-quoted 18th Century ‘ideal’ of civilisation: a commercial society made up of English-speaking, educated, Protestant individuals, was also used to justify horrors of imperialism, slavery and eugenic theory.

The terminology largely fell out of favour in the period after the Second World War as increasing numbers of theorists questioned the sweeping generalisations of sociocultural evolutionary theory, and as the tragedy of two world wars led many to question what it truly meant to be civilised. The terminology has again come into popular usage in the post-9/11 period, with politicians, NGOs and the media amongst those who have enthusiastically adopted the terminology in recent times for various purposes.

Language has always been used to support or promote agendas and to justify the unsavoury aspects of history. Acknowledging and understanding how the terminology we use today has been shaped and has developed over time allows us to interrogate what that terminology really means today. There will never be universal agreement, even within Scotland, about exactly what it means to be civilized or, indeed, whether a true state of civilization is achievable, but understanding the past perspectives of the language we use today allows debate that centres on informed understandings of provocative terminology.