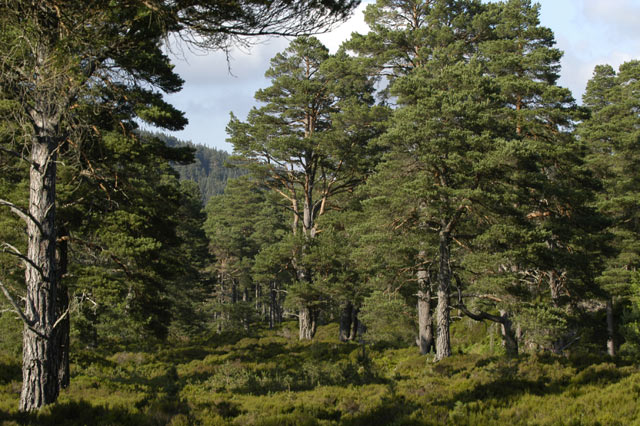 Something has troubled me as I’ve progressed through my internship thinking about Scotland’s relationship to landscape. My research background in the Environmental Humanities has taught me to be sceptical of the term ‘nature’ – what can it really mean, and does it really exist, in the context of millennia of human exploitation?

Yet in other fields the idea of ‘nature’ is often used to describe something distinctive about Scotland. Politicians, conservationists, tourist boards, artists, and many others, often identify Scotland with naturalness: only last month, the National Galleries of Scotland purchased Edwin Landseer’s controversial painting The Monarch of the Glen, stating in their fundraising material that it represented Scotland’s ‘natural wonders’. Have they all got it wrong? Have they mistaken a naturalised landscape for a natural one?

Then I rediscovered an article which helped me make sense of this issue.[1] In it philosopher Val Plumwood shows how the concept of nature is both valuable and problematic, in a way which is very important for Scotland.

The cynicism about nature which she says is expressed in the humanities rests on the idea that nature is a construct, not a reality. In literary studies, for example, we are inclined to view everything through a lens of culture – humans did not come with a package of ready-made concepts with which to approach the world, so we invented ways of seeing, understanding and discussing it; ‘nature’ is just one of these concepts.

This provides an important tool for deconstructing claims like NGS’s that The Monarch of the Glen depicts ‘natural wonders’, for it allows us to see that the stag, and the landscape he inhabits, are the product of a particular ideology – one that cleared the Highlands throughout the nineteenth century to make way for a sporting elite.

Over time, the human actions which helped create the Highland landscape, including the enclosure of large tracts of land for pasture and hunting, have been erased by a process of naturalisation. Another way of saying this is that the kind of language used by NGS represents ‘the almost complete evacuation of historical meaning’ from the landscape, which therefore ‘assumes the purity of nature’. [2]

According to Chris Smout, one of Scotland’s most significant cultural narratives is the gradual destruction of the Caledonian forest by external forces. But this tradition – according to which large-scale deforestation was instigated by the invading Romans, and continued by the Vikings, with much of the remaining forest destroyed by Cromwell’s armies, and the vestiges finally wiped out by the sheep farmers who cleared the land in the nineteenth century – is misleading. [3] More likely, Smout argues, ever since the first pine established themselves 8,000 years ago, ‘the forest cover would retreat in some epochs and advance at others’ due to a range of factors, including natural phenomena. [4]

As Plumwood points out, we need a genuine concept of nature in order to be able to understand the range of phenomena that have contributed to the formation of the landscape. The problem with viewing nature as a construct, and landscape as a product of human intervention, is that it ‘present[s] humans as having a monopoly of creativity and agency’, and downplays the influence of other, nonhuman beings.[5]

In my last post I talked about the massive visible impacts of humans and geological forces on Scotland’s landscapes – but what about the myriad other factors that have helped shape the environment we encounter today? What about shifts in climate thousands of years ago, or pollen blown from afar colonising the far north-west and eventually growing into the Caledonian forest? What about the animals whose
feeding habits shaped the vegetation?

‘For any given piece of the earth’s surface’, Plumwood argues, ‘we can, indeed must, tell a story of landforms created by motions of the earth, by volcanoes, tsunamis, earthquakes, meteorites, geological depositions, and weatherings’; but, she continues, ‘this is only the beginning’, because in fact ‘all the species belonging to the land influence and maintain the land. The human is just one species among many here’.[6]

So, whilst the vast purple moors and treeless hills of The Monarch of the Glen and other similarly ubiquitous representations of Scotland are not ‘natural’ or ‘wild’, as is often claimed, nor are they the sole product of relatively recent human interventions such as the Highland Clearances.

However, even if we can no longer talk about human intervention solely in terms of damage to an otherwise pristine and stable landscape, this doesn’t mean we are absolved from considering our actions towards the environment and the humans and nonhumans who live in it Plumwood’s ideas enable an understanding of Scottish landscapes as both natural and naturalised, which could help us navigate conflicting attitudes and beliefs, and find ways to protect and shape the landscapes of the future.