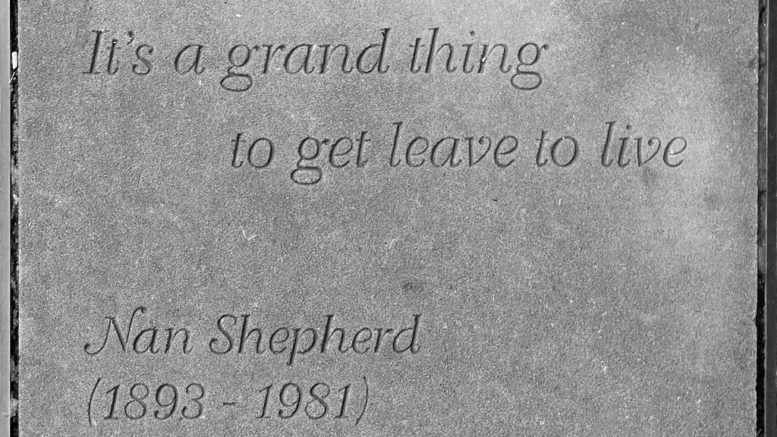 After his participation in a 2021 Festival of Politics event on Scotland as a sustainable society in 2045, writer James Robertson shares his reflections on our future.

In the 1950s the claim was made that electricity generated from nuclear power would be too cheap to meter. Well, we know how that turned out, and that the cost of decommissioning nuclear plants and storing their waste for perhaps thousands of years will be enormous.

In that same decade, a huge new coalfield was being developed in Fife. The Rothes Colliery, the basis for the new town of Glenrothes, opened in 1958 and was intended to employ thousands of workers and fuel the Scottish economy for a hundred years. It closed five years later due to severe flooding issues.

The point about both these stories is that even genuinely held ambitions for the future may crash into unforeseen realities. For all we know, the solutions being promoted today to move us from a carbon-based to a green economy may be only partially successful, or may lead to problems we can’t yet imagine. Let’s hope not, but we must be open to the possibility.

I want to see Scotland peacefully, co-operatively and constructively engage with other countries to enable the development of sustainable economies around the world. The challenges facing us in the climate change crisis that is already upon us are not unique to Scotland, nor can we overcome them on our own. We have to be generous enough to share our ideas and good practice with others, and open-minded enough to learn from what others are doing well – or badly!

While history offers no guarantees as to how the future will turn out, are there lessons from Scotland’s past that may help us along the road we need to take?

On the positive side, we have a long tradition of producing innovative thinkers who develop new ways of doing things. We’ve all seen those tea-towels listing everything that was invented or discovered by Scots; and we are often told that one of our greatest historical ages was that of the Scottish Enlightenment (roughly, between about 1740 and 1820) and that this period of intense intellectual inquiry in many ways shaped the modern world. Inevitably, there is both truth and myth in these stories about our past. Myths can encourage us to think imaginatively and laterally about the future, but they can also be dangerous. While it’s not great to underestimate our own abilities, it’s worse to swallow the idea of exceptionalism: that we are somehow better achievers than others just because we are Scottish.

Over the last four centuries Scotland has experienced both civil and global war, industrialisation, urbanisation, emigration, the expansion of empire, and de-industrialisation. The long-term effects of these changes were often not good ones. Appalling poverty was created as well as vast wealth.

So we should listen to some of the warnings from our history. In the 17th century, many believed that Scotland, as a Protestant nation, had entered into a binding Covenant with God. From this belief a debilitating fatalism grew. When things went right, it was because the nation was keeping to this holy agreement and would prosper. When things went wrong, it was because the nation had fallen from God’s favour – and, to make matters worse, apocalypse in the form of the Day of Judgement might happen at any moment.

Today, in terms of ecological loss and climate change, we are living even more dangerously. The kind of devastation that threatens the planet has changed, not gone away: we, not God, are responsible. One lesson from the past is to keep our options open, to be flexible in our thinking, and not to assume that we already know all the answers. I worry that we will be in trouble if, like the Covenanters and their opponents, we couch our current difficulties in the language of ideological warfare. Over time, ideologies tend to lose their relevance or become corrupt, whereas fundamental human values such as kindness, fairness and empathy don’t. To stay alert and adaptable to future challenges, we have to, as far as we can, avoid becoming tribal in terms of the positions we adopt. Otherwise we may shut out possible good options and outcomes because they don’t appear to fit with our own biases and prejudices.

There will always be principles which we cannot or should not lightly abandon, but doubt is also a great human virtue. As Oliver Cromwell famously wrote to the General Assembly of the Church of Scotland shortly before the disastrous (for the Scots) Battle of Dunbar in 1650, it is always useful to ‘think it possible that you may be mistaken.’

As a reader and as a writer, I have immersed myself in the Scottish literature of past and present. Some of our greatest authors warn against excessive self-confidence, or hubris. George Mackay Brown (1921-96), the Orkney writer whose centenary year this is, was highly suspicious of ‘Progress’, and thought that its material benefits might well be outweighed by the communal and spiritual degradation it brought. Neil Gunn (1891-1973), the Highland novelist, had similar worries. Sometimes a poem or a novel can seize our attention in a way that the daily grind of news and politics can’t. If, for example, you haven’t read Gunn’s dystopian novel of 1944, The Green Isle of the Great Deep – a kind of Celtic Nineteen Eighty-Four – it’s well worth a look.

Scotland has also produced brilliant writers such as John Muir (1838-1914), who wrote powerfully and beautifully of the wilderness he explored and sought to protect in North America, and Nan Shepherd (1893-1981), whose short book on the Cairngorms, The Living Mountain, is now regarded as a classic of environmental writing. Texts like these can be the foundations of new ways of thinking about nature and our place within it.

Literature is valuable because it interrogates who we are and who we might be. For the same reason we should also value the two (apart from English) surviving historic languages of Scotland, Scots and Gaelic. I don’t think it is possible to understand the geography and history of this country without at least a basic knowledge of these languages. This is evident in the names of places and landscape features in almost every region, as well as in descriptions of climate, environment and so on for which there are no exact English equivalents. There is a directness and rootedness in Scots that can cut through vagueness and obfuscation. Or, just by looking at Gaelic sentence structure and semantics we can appreciate, for example, another way of expressing the idea of possession or ownership.

The reduction of biodiversity is potentially disastrous for the wellbeing of the planet. We should be protecting not only endangered species but endangered languages, which offer us different ways of describing and interpreting the world, and specifically this part of the world. As the late Iain Crichton Smith (1928-98) put it in one of his most important poems, ‘Am Faigh a’ Ghàidhlig Bas?’ (‘Shall Gaelic Die?’) :

The Highlander who loses his language loses the world.

Having written this piece, James came across the following blog, by Roddy MacLean, which highlights the importance of our retaining and understanding Gaelic place-names and names of topographical features. He asked us to add a link to it to his piece:

James Robertson is a poet, editor and novelist. His novels, including “Joseph Knight”, “And the Land Lay Still” and “The Professor of Truth” have won many prizes and “The Testament of Gideon Mack” was longlisted for the 2006 Man Booker Prize. James’s books have explored various aspects of Scottish history, society and culture and he has been described as the chronicler of Scotland on more than one occasion. His latest novel, “News of the Dead”, came out in August.

Read all about the event “Scotland 2045: A Sustainable Society”