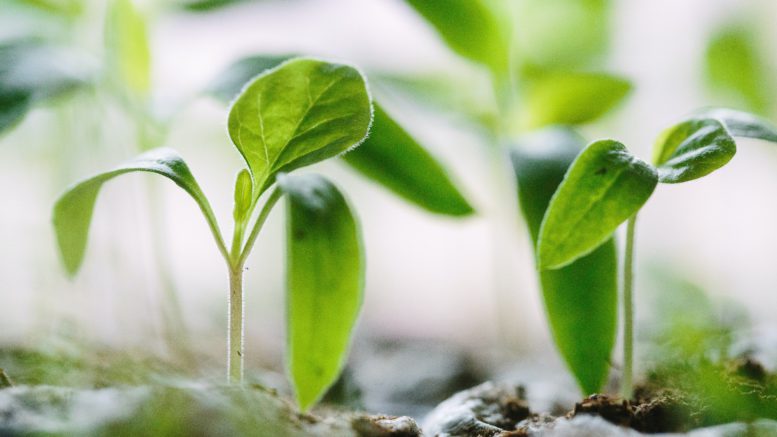 Photo by Francesco Gallarotti on Unsplash

This story was one of two runners-up.

Everyone whoops as the train leaves the station. Bags of crisps rustle and pop, air hisses as fizzy drinks are opened. The Louds, crammed into two four seaters, are filling cans of energy juice into reusable cups we got from the school. They flatten the cans, stuff them between the seats, cheer each other with conspiratorial glee. Ms Campbell says we’re not allowed sugary drinks but Ahmed’s brother supplies him as long as Ahmed doesn’t tell their parents about the weed.

The Quiets sit as far away as possible. With them are Helen and her mum who came along to support Ms Campbell, which is usually Helen’s favourite task. Helen’s mum is basically a bigger version of Helen. Everything about her is massive, most of all her laugh. She brought a huge Asda bag filled with Easter eggs, for lunch.

Between the extremes sit the Glam Squad who already rummage through bags crammed with makeup and the Couple who stopped interacting with everyone else since they started going out before the Christmas break. I’m sitting next to Aileen who used to be Allen until last summer and returned as Aileen in autumn. Ms Campbell told the class that everyone needs to respect Aileen. I’d never seen her this serious. Opposite us sit Cameron, engrossed in a documentary recommended by his studying sister, and Frazer in his oversized puffy rain jacket and superhero cap. Ms Campbell said we could wear comfortable clothes, for walking in nature, instead of uniforms. I’m wearing an oldschool Gryffindor t-shirt over a pair of leggings. It’s too big. Mum pointed it out in Shelter. Sustainable cotton, she said, good for you and the earth.

Darren and Ahmed pose with an empty bottle of Buckfast.

“You dafties.” Hayley laughs and takes a picture. She followed Ms Campbell’s advice by subtracting tights and shirt from her uniform. Fair enough, I think, it’s scorching. Too hot for April, my gran says. She always talks about the weather. How it used to be, how it is now. I don’t know it any different, for me it’s always been the hottest year.

Ms Campbell patrols the carriage. “Okay folks, it’s half an hour to Stirling, then we’ll take the bus to the Wood Farm in the Trossachs. Stay in your seats and behave, there’s other people on this train.”

I’ve never been up north. I’ve been to Glasgow, from where we took the train today. Sustainable travel, Ms Campbell said. My mum never travelled anywhere, not even unsustainably before the flight bans. She always says, we got the same sun as Spain, so why bother?

The train is wiggling itself out of the city. Rows of houses fly by, solar panels on their roofs. Rubbish gravitates towards the tracks. I could fill a house with the stuff. Fridges, trampolines, push chairs, countless cans and plastic bottles, mattresses, paint buckets. A plastic horse, a corroded iron board. Plants embrace the rubble. I wonder it they get sick from the microplastics. I heard they’re everywhere, food, water, my body.

“But I’m nature, Ms Campbell, I need to feed maself.”

Darren’s seedling was never going to make it. He already drowned one with illicit ginger beer. We each got one seedling. They stood in a long row of jars on the windowsill in class. Our task was to care for them for two months before we plant them at the Wood Farm. The farm will send us pictures so we can watch them grow. This morning, Ms Campbell handed new seedlings to everyone who’d killed theirs. Quite a few.

My seedling is still the original, a baby oak. I check my bag. It’s still there, protected in its jar from my water bottle and notebook crushing it. I hope it gets enough air until we arrive. I can’t imagine the tender green grass will ever become a tree.

Outside, the houses become less, fields insert themselves between them. Inside, the Louds are high on sugar. They run about, play music, scream hysterically. Ms Campbell shouts at them every two seconds. A makeup brush rolls along the carriage. Nobody talks to me. Aileen is video calling her girlfriend, Cameron is sleeping, and Frazer is at war inside the gadget between his hands.

I watch the landscape, drawn to the shades of green I’ve never seen before. Trees twist and turn upward, wilder than their straight, trimmed siblings in town. And, at the horizon, mountains. I gasp at the sight. I pad Frazer’s knee and point outside.

I can’t believe him. They seem massive, giants untouched by our mess. I wonder how long it would take to climb one. A couple of hours or a day? Two days? I imagine standing on top, wind blowing through my hair as I see the whole country.

Uniform metal pillars interrupt the landscape, their smooth surface alien in the rugged surroundings. I can see the peace signs they carry turning in the distance when I walk over the hill to school. Up close, they’re gigantic.

Ms Campbell comes over and points at the wind farm. “Scotland gets over ninety percent of its energy from renewable sources now.”

Aileen nods. “And we’re still eating meat, even though everyone knows it’s bad for the climate.”

“Na mate, it’s the English,” Frazer says. “If they didnae separate us from the EU, we’d be better off, with their subsidies an’ all.”

“Well,” Ms Campbell says, “but renewable energy is a start.”

“My gran says the wind farm in Glencoe is a disgrace,” I say. It’s one of her favourite topics to rant about.

“You’re a disgrace, Cassy,” Ahmed shouts. He throws a flattened can at the Quiets.

A vein protrudes on Ms Campbell’s forehead. “Ahmed Usmani, get back to your seat.”

I turn away to watch the north moving closer.

Outside, the landscape feels even more surreal. We arrived at the Wood Farm, a cottage and barn surrounded by trees and vegetable patches. It’s not even the real north, Frazer keeps saying as I marvel at everything. He doesn’t really listen, one ear receives tunes from a wireless earplug.

I breathe in deeply. I never understood why people go on about countryside air. Now I do. Breathing suddenly feels right, like my lungs are waking up as crisp oxygen clears the dust.

We stand around an empty bee hive, a plaque warns of their imminent extinction. Alistair and Isabella are telling us about the Wood Farm. They set it up ten years ago to give students a space to connect with nature, learn about farm animals and artificial pollination of fruits and vegetables. And, of course, to plant trees.

“Did you all bring your seedlings?” Alistair asks. He’s wearing wellies and a green wooly jumper with hay sticking from it.

Isabella laughs. “We got plenty more.” She has long black hair and is wearing a blue cotton dress over her wellies. “Follow us.”

We walk after them along a path that leads past the barn. The Glam Squad wrinkle their noses. “That’s disgustin’, did yous see the pile of shite?”

A weird deep sound interrupts us. I startle, even the Louds hush.

Isabella points to the right. There’s cows in different shades of mud, their heads lowered to the grass. They are huge. One of them looks at us, lifts its head and moos. It’s loud. We take a step back.

“Do you want to clap them?” Isabella opens the fence.

I want to go but not alone. I search for another undecided face. Frazer crosses his arms. The Glam Squad look petrified. The Louds are unusually quiet. I see Aileen and Cameron’s noses inching forward. I nod at them and we walk over the grass with Isabella.

“This is Nella.” Isabella claps a ginger cow who continues grazing.

Instead of walking closer, Cameron leans over to touch Nella with the tip of his fingers, jumping back immediately. Alieen and I laugh. Nella lifts her head. She has big eyes and the longest lashes. I stretch my hand out, her nose touches it. It is a little wet. Aileen bravely claps Nella’s back and strokes her fur. She smiles. Aileen loves animals, maybe because they’re not giving her a hard time like the Louds sometimes do.

We leave the cows. Cameron chases Frazer with his cowhand.

Alistair and Isabella lead us to the tree farm, fields of tubes with leaves poking out, slender trunks supported by wooden poles, and thin trees standing on their own.

We arrive at an empty patch.

“We prepared signs with your names in that box over there,” Isabella says. “Take your sign and a shovel, find yourselves a nice spot, dig a hole and plant your seedling.”

The Glam Squad tiptoe on the grass, holding the shovels far away from them. The Couple walk the field holding hands. Darren catapults dirt into Ahmed’s face. Hayley takes a selfie with her seedling. Helen and her mum sit on the ground as they shovel.

“This is ridiculous,” says Frazer. He drops his seedling and brushes some earth around it. “Done. Can we go now?”

I dig a small hole and open my jar, hesitant to expose my wee seedling to the elements. I pad the earth around its base and stick my wooden sign before it. It’s larger than the seedling. Without it, it might get lost. I put my legs around my seedling, don’t want Darren or Ahmed to trample it as they chase each other. I take pictures of my offspring and the view and send them to mum. She texts me immediately, must have sneaked her phone into her shift.

It’s stunning hen, I wish I could be there with you.

We have lunch on tartan blankets at the edge of the field. Isabella and Alistair give us sustainable reusable cups with saplings printed on them. I add mine to the school cup in my bag. Helen’s mum distributes the Easter eggs, softened by the sun. Aileen asks for a vegan egg. Cameron tells Helen’s mum we shouldn’t eat chocolate because his sister says cocoa farmers are slaves and the chocolate industry’s carbon footprint is criminal. Helen’s mum looks a little sad because she didn’t know about the chocolate industry and didn’t bring a vegan egg. I smile at her and take one.

Everyone is calm for the first time today, engrossed in gadgets, tanning, eating, napping, chatting. We enjoy the sun my gran finds so terrible. Darren and Ahmed appear from among the trees, a distinctive smell around them. I guess Ahmed’s brother didn’t just supply energy juice. Ms Campbell doesn’t say anything. Her face is turned towards the sun, her bare feet on the grass.

I break my chocolate egg and give half to Cameron who says he’s not responsible if it is my egg. As we eat, I try to locate my seedling in the field. I see it grow into a sapling, its bark thickening, branches and leaves shooting out, turning red and falling off, reappearing in spring. I see red squirrels scurrying up its trunk, a hedgehog burying itself among discarded leaves to sleep for winter. I squint my eyes and see myself, bringing my children who climb the tree and play around it; see myself sitting under its roof as an old woman, leaning my back against its trunk until I slowly sink into it, leaving behind only an old tree.

More information about the competition is available here: