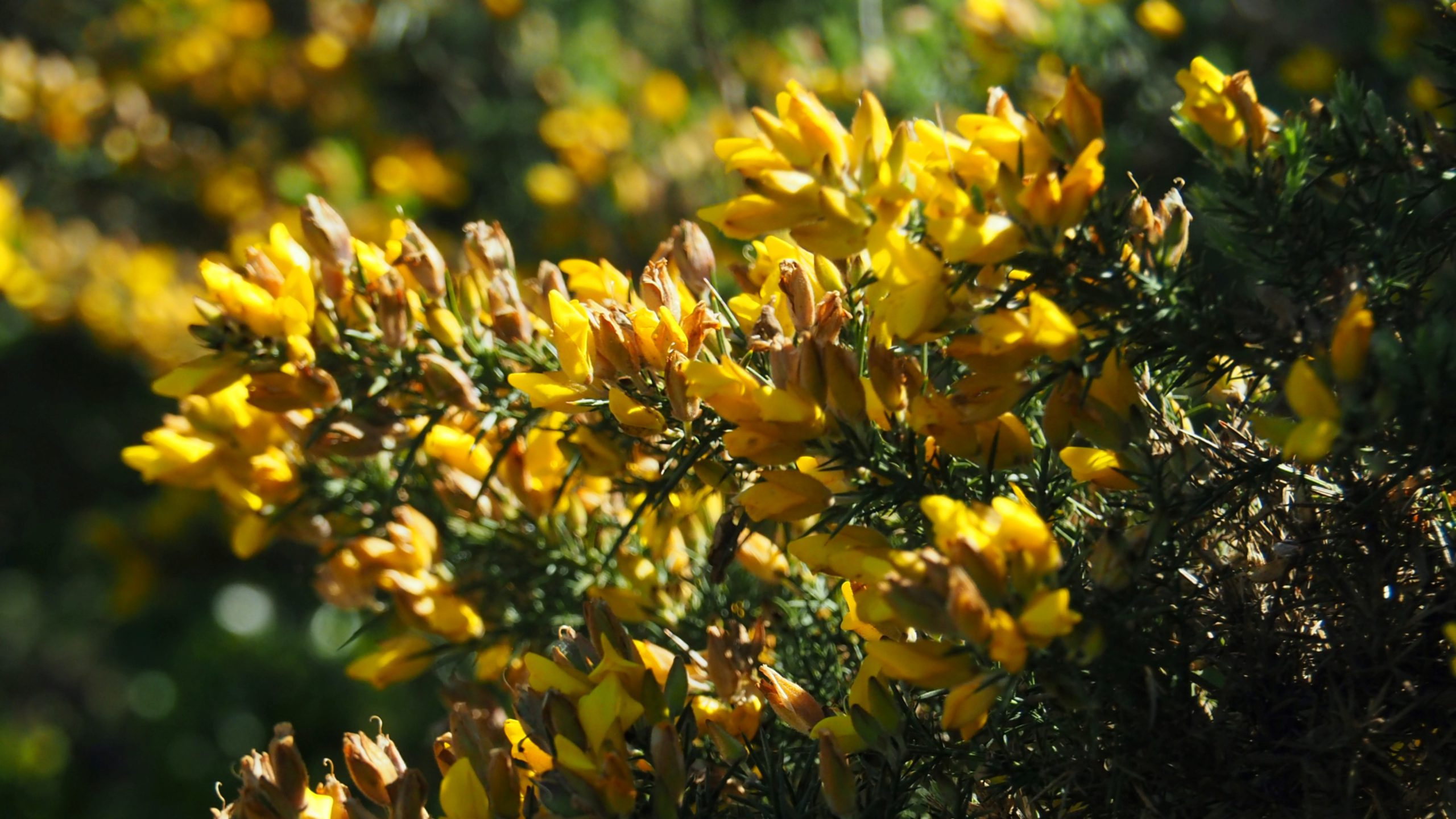 Photo by Alistair Boyd on Unsplash

In this blog, Tòmas MacAilpein looks at rewilding – in the Highlands, in the Lowlands for nature and people.

I remember walking through a bright wood and into a dark spruce forest.

Following the winding path, I come out into the great expanse of upland, my feet feeling their way on the wooden path. I’m sure my sisters and I found frogspawn around here somewhere – thick and gelatinous in the pool. Weren’t there dragonflies? My grandfather in front of us with a rucksack, we climb the bare, swept slope of the hill. We never stayed long at the top.

I was first raised outside Paisley, and would often go with my family to Muirshiel Country Park, whatever the weather. As a boy, this was what it meant to be ‘in nature’. And, of course, some of this large area is officially considered ‘wild land’.

So it’s poignant for me to think about what the Yearn Stane Project – ‘Eagle Stone’ in Scots – has to say about the ecology of the area. Here is what Joe Greenless, for example, said in a film they produced:

“It’s not unusual to sit on a hill around this area for three and six hours and see absolutely nothing. Not even a crow”

Although efforts have been made to conserve the area’s environment since 1970 when the country park was created, wildlife has few opportunities. The foundations of the ecosystems were destroyed after many years of plundering, mining, hunting and sheep farming. There are examples of success – none better than the Lochwinnoch nature reserve. However, this has not done enough to reverse steep decline.

In 1933, 215 hares were killed on the Muirshiel shooting estate. Now, hare and mountain hare barely exist in the area. The black grouse and water vole are almost completely gone. The red squirrel is no longer there, and the dunlin, the golden plover, and the bog myrtle may have completely disappeared. The fate of the iconic bird of prey, the hen harrier, is precarious although there is some hope for it.

The Yearn Stane Project, set up in 2017, seeks to break with the old conservationist approach and tackle rewilding. Working with local volunteers, other organisations and farmers, they are trying to re-establish some species and increase opportunities for existing wildlife.

They plant trees – especially aspen, eared willow, and juniper which are so rare – because there are not enough trees left to allow seeding. They create new habitats for species such as the pine marten and osprey. And they provide advice to make the peatland healthier and retain more carbon and water, so that agriculture reduces its impact on wildlife.

In the next twenty years, I would like to see many more such projects spread across the country, and that they connect with each other so that natural ‘corridors’ form and ecosystems support each other. We can already see that to some extent as different organisations and local authorities

work together in Muirshiel and the Renfrewshire hills, and at best in partnerships such as Cairngorms Connect.

When rewilding was first mentioned in the Scottish media a few years ago there were plenty of debates – sometimes heated. I think a sensible understanding of the concept now prevails. Let’s forget about wolves etc, but who would not want ecosystems to be healed? Who would want to live in a place that is devastated and devoid of life?

There are, of course, some who have a vision of ‘wild’ land in the ‘uninhabited’ sense, and are using their wealth to impose top down rewilding. However, most of us are convinced that natural restoration must go hand in hand with social change that puts power and resources in the hands of communities. How could any project be ‘sustainable’ in the long run if local people are not involved and making the decisions?

The example of the Yearn Stane Project is invaluable to me because it is based in an area that I am so familiar with and am close to. I want to argue that rewilding is as important to the Lowlands as it is to the Highlands – which remains a blank canvas for the wealthy. The urban environment badly needs help, and it will help us to protect against flooding, reduce carbon and bring beauty into our lives.

What can be done to increase ecologically-based land reform and to discourage green lairds? What if an agreement cannot be reached at a local level on the way forward? For example, is not intensive sheep grazing one of the biggest problems for ecosystems in Renfrewshire? These farmers are not wealthy landowners and they deserve a good living. Should a just transition be discussed in the context of the biodiversity crisis as well?

After 10 years, there is a thick shrub of gorse and, in areas of bramble, young trees. This plant cover protects wildflowers and insect habitats of all kinds. In the years to come, these young saplings will stretch above the bushes to form a new forest. This is a varied environment with healthy bogs, peatland, new forests and eco-friendly agriculture. The trees are meeting up with each other again. The lapwing sings at the Peesweep again and the lark sings on Gleniffer Braes. You can’t see the animal, but on the shores of Lochwinnoch there are occasional pointed spines and, in the distance in the water, a clump of timber is being raised.

Thomas lives in the South Side of Glasgow and works in Celtic and Gaelic, at Glasgow University. He writes about literature and history in Gaelic. He is also involved in different projects to promote Gaelic in the city, such as an Lòchran and Comann Litreachais Ghlaschu. He is very interested in political ecology.

To mark Seachdain na Gàidhlig in 2022, the Futures Forum asked several Gaelic speakers to share their views of the future. The project, run with support from the Scottish Parliament’s Gaelic Officers, aimed to contribute to a vision shared at a Futures Forum event on the future of Gaelic in 2019: a Scotland where “Gaelic is visible and audible in public life, with Gaelic routinely used for non-Gaelic issues”.