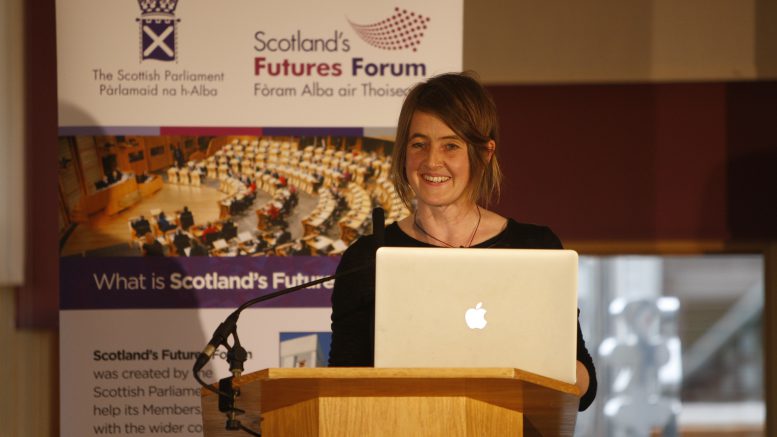 As part of the launch of our Scotland 2030 Programme in March 2017, we asked award-winning folk singer, songwriter and essayist Karine Polwart to reflect on the cultural implications for our society from technological change.

Click the links below to watch Karine read the stories and reflect on why she wrote them.

Betty Bags a Booker looks at the concept of human dignity in a future where large sections of the community find themselves without paid employment.

A Digital Haven considers the challenges of social media and how the the need to stay connected digitally might play out in a country like Scotland, which often sells itself on its wilderness and natural environment.

Karmic Payback explores the power relationships between ‘data generators’ and ‘data analysts’ in a world where our lives are increasingly defined by ‘datafication’.

The stories formed part of our event on Scotland 2030: The Technological Context.