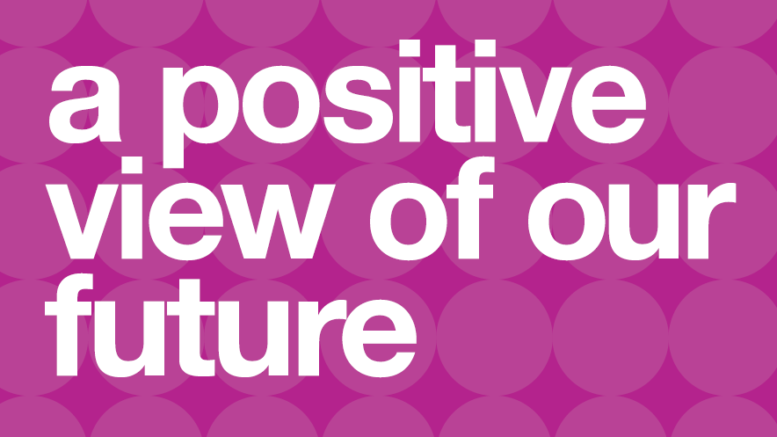 Throughout the Scotland 2030 Programme, our event participants shared their thoughts and ideas on how to approach the future. These are 10 ideas for the Scottish Parliament to consider – with some background information to support them.

A Museum of Failure

If we don’t fail, we don’t learn. Using the legend of Robert the Bruce and the spider, and more recent versions such as scientific innovations like Dolly the Sheep and sporting achievements like Andy Murray’s, a national museum of failure could show the role of failure in the path to achievement and encourage people to embrace risk.

The importance of being able to take risks came up throughout our programme, most prominently in our project with the Goodison Group in Scotland on Future Schooling, Education and Learning.

It was agreed that, to cope with the challenges of 2030 and beyond, we need young people and their teachers to be able to adapt to changing circumstances. They need to be given the freedom to be creative, to take risks and, on occasion, to fail safely. Is Scotland – its society and its Parliament – prepared to give teachers and young people the freedom and support to do that?

Read more about Education in 2030

2. Teach all subjects through creative arts and group work

Communication, creativity and collaboration are key skills for the future, both for the economy in particular and for society more generally. A school system that is based on cross-year group work and projects in the creative arts would help young people develop the skills they will need to find creative solutions to the problems of the future.

This idea also came up in our project with the Goodison Group in Scotland on Future Schooling, Education and Learning. It was expressed most clearly by the pupils of St Paul’s RC High School in Glasgow and its feeder primaries who worked on a short film interpretation of our report and scenario.

In introducing their film, the pupils said:

In 2030 the curriculum needs to be all about creativity and project work.

Our film project was active and practical. We learned a huge amount from it. We learn best by doing things. In 2030 we should be learning every subject through the expressive arts and projects like this one.

Creative and practical group projects will help develop our problem-solving skills. This will help us come up with creative solutions to the problems that climate change will through at us.

2030 in our film looks fun, with beanbags and holographic teachers. But in reality, our future is filled with uncertainty because of the climate crisis. Education needs to prepare us for that.

Their film project, supported by the social enterprise Braw Talent, was an example of the learning that can be done through the creative arts.

Watch the film “Schooling, Education and Learning: 2030 and Beyond”

School buildings are a centre-point for communities, bringing together people from different backgrounds. Over the next 10 years, as communities are redeveloped to respond to changing populations, school buildings that are linked to housing for older people and which offer community facilities out of school hours will help people come together in spaces that are accessible for everyone.

This idea developed from the discussions about the role of school buildings in our project with the Goodison Group in Scotland on Future Schooling, Education and Learning. Although online learning was seen by all as part of the future, the young people who contributed were clear that the social benefits from physically meeting friends and other pupils were so important that we will always need physical schools.

In our scenario of future education – designed to provoke ideas rather than be a blueprint – empty commercial space is turned into flexible, innovative learning spaces or hubs. These become pastoral centres for the wider community, engendering a greater sense of shared responsibility for the education of children. Many local authorities building retirement housing alongside learning hubs, and there is plenty of outdoor, wooded space, where students spend a lot of time learning in nature.

Read our scenario for Schooling, Education and Learning in 2030

Autonomous vehicles work well in controlled environments, but to work in the real world they need to be tested in the real world. With the right digital infrastructure, one of the Scottish islands could be used to try AVs in a clearly defined live environment. It would be a world-leading experiment to explore the benefits of AVs for communities.

This idea shared by a participant at our event on the potential benefits of autonomous vehicles to Glasgow. Much of that discussion focused on the positives and negatives of introducing AVs into a city like Glasgow, but their potential in rural areas was also mentioned.

It is easier to imagine a system in which all vehicles are autonomous than one in which there is a mix of human and machine drivers, but it would be a big step for a city to move wholesale to such a system. With investment from private companies who want to test their vehicles and the digital infrastructure needed to support them, and of course the agreement of the local community, a Scottish island might provide a useful testing environment – small enough to control but varied enough to be a proper test.

Spin-off benefits, such as whisky tours without the need for a designated driver, could make the experiment worthwhile for the local community and would put Scotland at the forefront of potentially transformative innovation.

Read more about Autonomous Vehicles in 2030

Scotland has a complicated relationship with food and drink, taking pride in both high-quality meat and fish and less high-quality deep-fried food. A truly national conversation on what we eat and what we produce would help us to work our way to a healthier and more sustainable future.

In our event on food, participants noted the sometimes toxic relationship we can have with food, and the perverse pride we sometimes take in our poor diet. As a country with a significant agriculture sector, and given the challenges of living more sustainable lives, it was suggested that we need an honest discussion on the food we eat and how it affects both individuals and society.

Read more about our food future in 2030

6. A kitemark for algorithms

Artificial intelligence is already used for many decisions both in both the private and public sector, and more needs to be done to ensure that algorithms do not inadvertently discriminate against different groups in society. A kitemark or similar process would assure those using the algorithms – and those in the Parliament who hold them accountable – that the development process has taken account of all the potential effects.

Technological innovation featured throughout our events, regardless of the subject, and there was a sense that, without careful management, we will find ourselves being driven by technology rather than using it wisely.

Artificial intelligence was seen as particularly beneficial and particularly dangerous, given the lack of transparency in how algorithms are constructed and used. We have processes to help people trust tools and technologies that they cannot understand in other areas of life. Given the increasing importance of artificial intelligence, it could be treated in the same way.

Read more about artificial intelligence in the future

Trust among communities and groups in society will continue to be challenged as the digital world becomes more and more embedded in our politics and media. Politicians can continue to show a positive lead by signing up to something like the Charter for Responsible Public Debate created by the RSE Young Academy of Scotland.

As a creation of the Scottish Parliament, the Futures Forum has a role to promote respectful public discussion. It was clear to many participants that the way social media works can reward comments and contributions that seek to divide and/or creative controversy. Disagreement and debate is a vital part of any democracy, but so is nuance and detail, and social media is not readily a place for either.

An effort to make public debate and disagreement as responsible as possible, led by Scotland’s political leaders, could help maintain trust and respect among political opponents at a time of huge social and technological change.

Our lives are ever more connected. The internet is no longer just a tool for communicating; smart devices inhabit every aspect our lives. In the same way as Dark Skies Parks provide a place for people to experience life without artificial light, digital havens – with no internet access available except in emergencies – would help visitors to switch off from their connected devices.

This idea was floated by the singer and writer Karine Polwart during her reflections on how technological developent could affect Scotland. She considered the likely human desire to escape our ever-connected world and balanced it against the need for digital connections as a lifeline service.

The mental health benefits of time away from digital devices have been proven, and many people in the programme noted concerns about how hard it can be to switch off. Places in Scotland where it is possible to completely switch off may offer that respite and provide a new market for responsible tourism.

There is a lot that we as individuals can do to make growing older as positive an experience as possible. When everyone reaches 40, they should be sent tailored information about the health benefits of exercise and diet, along with a form encouraging them to plan for their old age. Prompts could be sent to revisit it at age 50 and 60, and every five years thereafter.

This suggestion synthesises different points made in our events on growing older and sustainable social care for older people. One overarching point was the possibility of improving our physical prospects in old age by being aware of what is possible through rehabilitation and exercise. Another was the importance to mental health of remaining active.

Our whole report encourages a positive but clear-eyed view of what is likely to happen in the future and the challenges that that will bring. The same is true of our lives as individuals: being clear about what we can do, and being supported to do that, can only help.

Read more about growing older in Scotland in 2030

Especially in an ageing population, the later years of life – and the end of it – are central to a healthy society. Public health priorities that include a Scotland where we support active, healthy and independent ageing and dying would help us to prepare for an aspect of life that we will all experience.

It was noted in our events on ageing and on death and dying that Scotland’s public health priorities do not explicitly cover the later years of life and the end. Given the increase in numbers of older people in Scotland that we are likely to see over the coming decade, and the fact that death will be a fact of life for us all, this seemed a gap to many participants.

It is not always easy to consider our physical and mental decline, and death remains a difficult subject for many people. Because of that, it makes sense for Scotland to tackle these realities head-on.

Read more about death and dying in Scotland

Scotland 2030: A Positive View of Our Future

These ideas appear in our Scotland 2030 Programme report, which also includes key challenges for the coming decade.

Find out more about our report